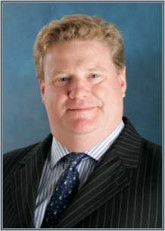 Andrew Cormie is responsible for managing  Asia Pacific portfolios. He has over 30 years of experience and joined Eastspring Investments (Singapore) Limited  in 2008. Andrew began his investment career in 1982 with National Mutual Life Association. He subsequently worked as an Equity Dealer for JP Morgan Investment Management in Melbourne and became their Director responsible for Australian Equity and Balanced business in 1987. In 1997 Andrew became the Head of the Global Equity Team at JP Morgan Investment Management in London. In 2006 Andrew became the founding partner and Director of Voyager Funds Management Pty Limited. Andrew has a bachelor degree in Business Administration from Griffith University, Brisbane and also holds the Australian Securities Institute Diploma.